Brimming with melodious arias and choruses, Handel’s Acis and Galatea is an engaging pastoral opera, and there was much to delight both musically and visually in the production mounted by Genesis Baroque. The principal singers gave musically and dramatically strong performances, the Consort of Melbourne sang with harmonious commitment, together and in secondary roles, and, true to form, the expert band of players comprising Genesis Baroque gave a polished and spirited account of Handel’s score.

One of the greatest challenges of opera seria is maintaining interest throughout da capo arias with what can seem like endless repetitions. Certainly, ornamentation of the vocal and instrumental lines satisfies the musical dimension, but the director has to avoid the action becoming too static. Some productions have gone to unusual lengths to avoid that – Kanen Breen’s extraordinary acrobatic yoga poses in Opera Australia’s production of Handel’s Partenope springs immediately to mind. Under Robert Macfarlane’s direction too, there was no chance of an audience losing interest. Although the program included the libretto, I doubt there were many audience members who actually followed it; they would have been too afraid of missing out on any of the action.

In an opera where transformation is central to the plot, Macfarlane wrought his own fantastically inventive theatrical transformations. The opera’s original English libretto by John Gay is based on Ovid’s Metamorphoses, which became the focus of much of the action. The chorus became school children obliged to read the work, with Macfarlane, who sang the role of Acis, the most reluctant student of them all. They were placed in a “classroom” at one side of the space, seated in two rows near a blackboard and a small teachers table. The setup was simple but effective. Some of the main action took place centre stage in front of the chamber ensemble, a screen of vines and a bench the only furniture.

The contemporary setting came with a range of ideas related to the concerns of today’s youth. An allusion to the student strike protesting against climate change, the many uses of mobile phones, predatory bullies lurking around schools, clothing choices and relationships were all incorporated. At various points the words of libretto themselves were given completely unexpected meanings. The whole production was teeming with ideas and ingenious details of interpretation. Any moments when disbelief could not easily be suspended were a little beside the point given the bizarre nature of Greek myth, where Acis is killed with a rock by the jealous monster Polyphemus and turned into a stream. Whatever creaking seams there might have been in this operatic transformation, it was wonderfully entertaining and the music itself was extremely well executed.

Macfarlane possesses a most attractive tenor voice – well-projected and vibrant. His singing was particularly beautiful in the well-known Part 2 Air “Love sound th’alarm” and following Trio, where his voice blended pleasingly with Karen Fitz-Gibbon’s clear soprano while Polyphemus raged. As the monster, bass-baritone Nicholas Dinopoulos was terrific – in both senses. Prowling around the audience cigarette in hand, leering at certain members, or leaning nonchalantly against a wall – too cool for school in his Misfits t-shirt – he cut a menacing figure. Polyphemus has the most familiar number in the opera: “O ruddier than the cherry” and Dinopoulos made the most of it. Even in the preceding recitative, “I rage – I melt – I burn” he was monstrously dramatic. Up to that point the audience had not clapped at all, but such an impressive display of bass energy, especially in the more florid sections, had listeners too excited to worry about interrupting the flow.

As Galatea, Karen Fitz-Gibbon was a constant pleasure to hear, secure vocal technique ensuring a production that was relaxed, even and flexible. Her ornamentation and high notes in her opening Air, “Hush, ye pretty warbling choir!” was outstanding, complementing the lively, tuneful recorders featured in this piece. A youthful timbre and uncommonly gleaming lustre to her upper register suited the role, as did her animated acting.

The opening Chorus “Oh, the pleasures of the plains!” was an example of what was to follow – buoyant singing with neatly articulated florid passages, a mere eight voices generally providing a satisfyingly full sound where parts were easily distinguishable. Amelia Jones was a sparkling School Captain but appeared less comfortable as Coridon when the carpet and audience absorbed some of the resonance of her fine voice. Leighton Triplow sang the role of Damon with increasing strength and conviction, accompanied by only a small number of players.

75 Reid St has much to recommend it as a performance venue; it is welcoming, relatively spacious and with its beautiful wooden ceiling has a lively acoustic, but it does entail compromises. Although seated behind the singers, the fact that Genesis Baroque players were on a raised wooden floor meant that the strings occasionally tended to overpower the singers in Part 1.

This production of Acis and Galatea is a huge credit to Genesis Baroque’s Artistic Director Jennifer Kirsner, Director Robert Macfarlane and their talented band of players and singers. Highly recommended. 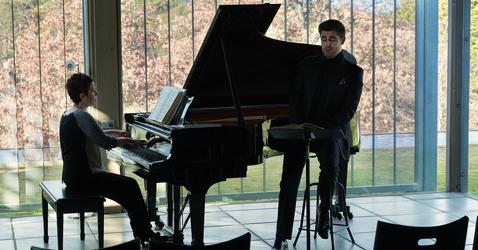 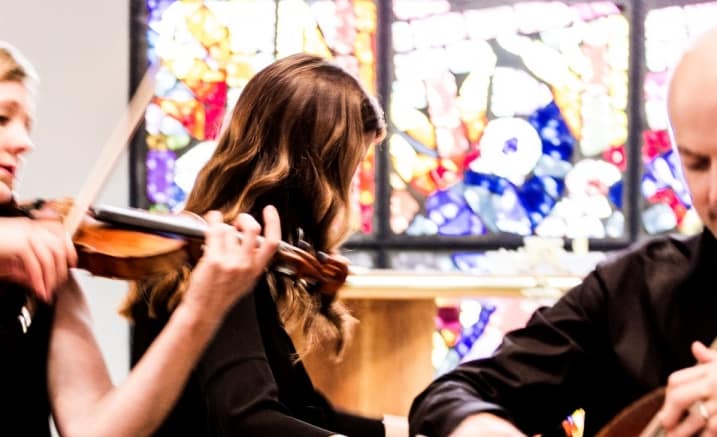 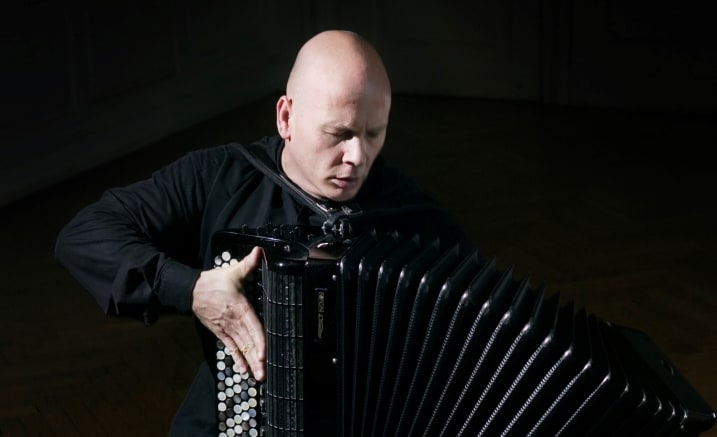 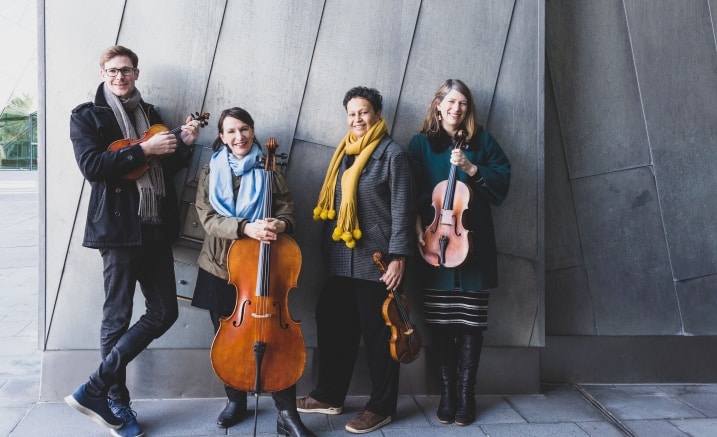 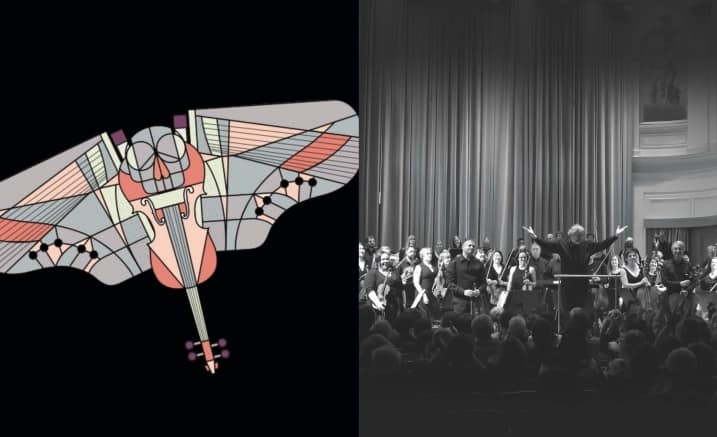 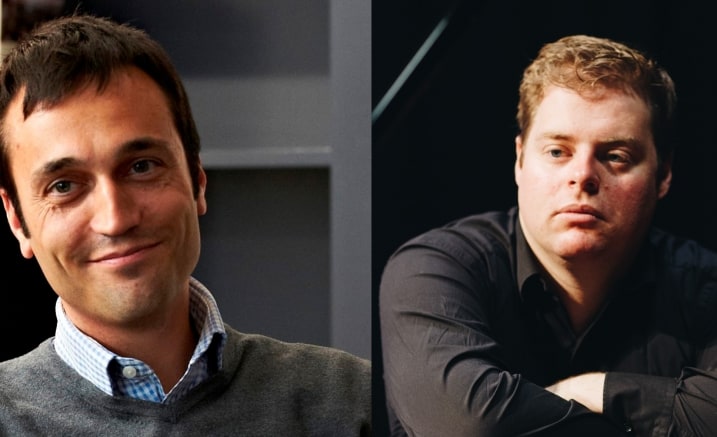 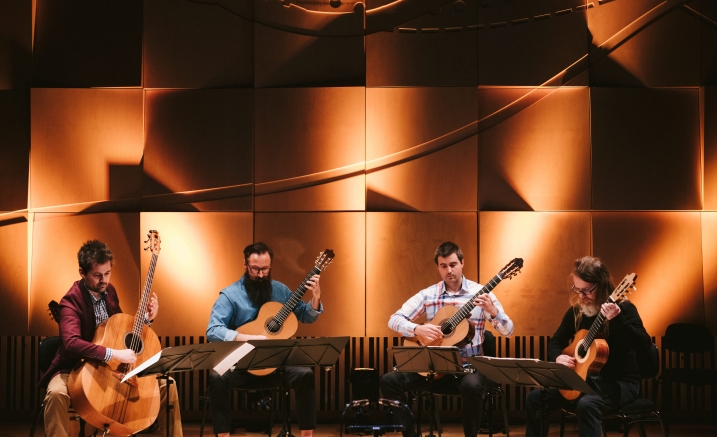 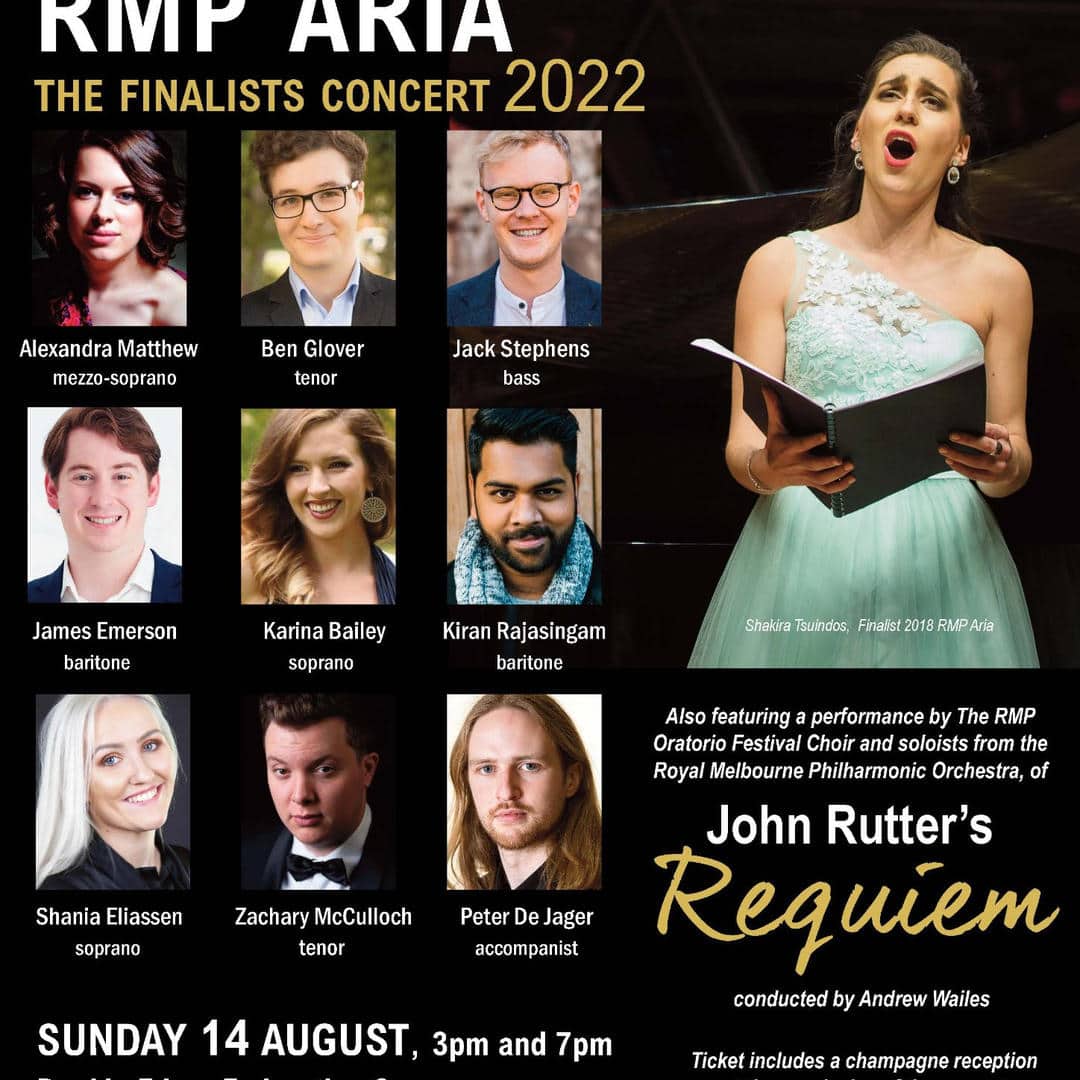 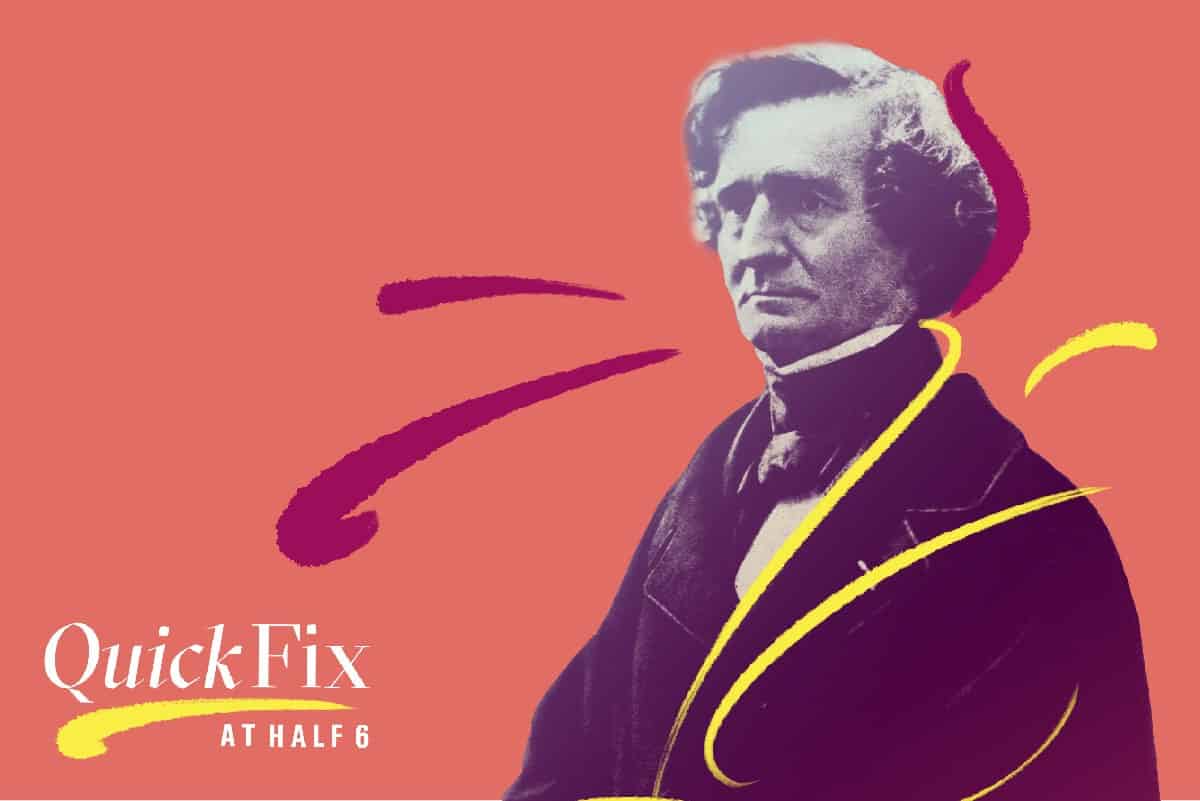 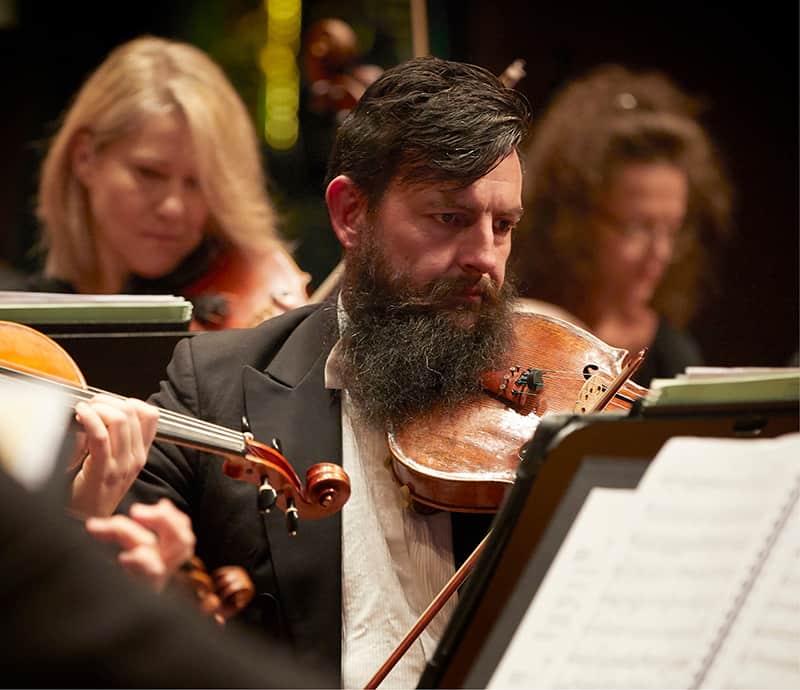 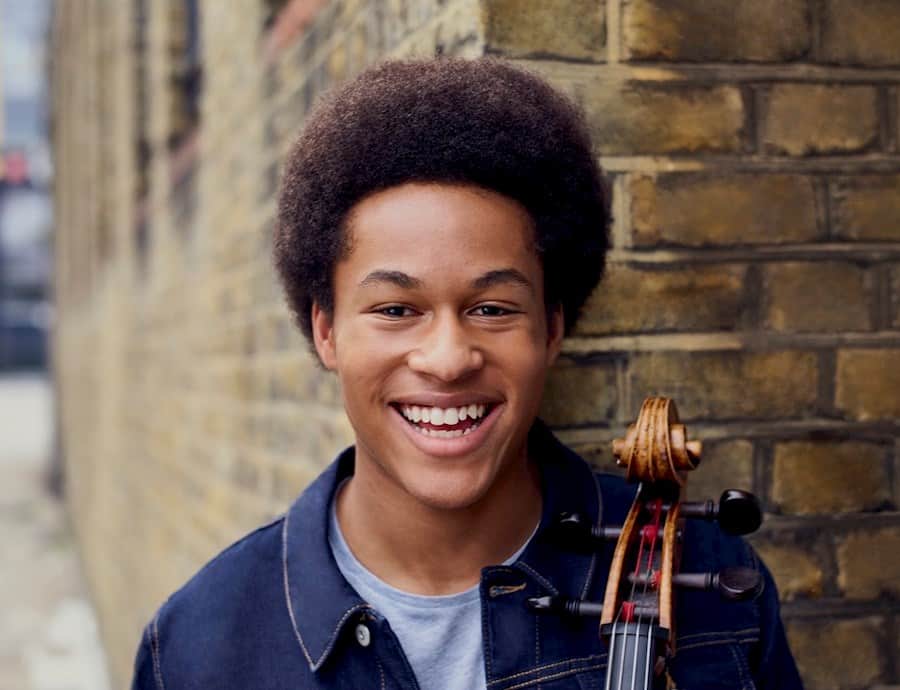 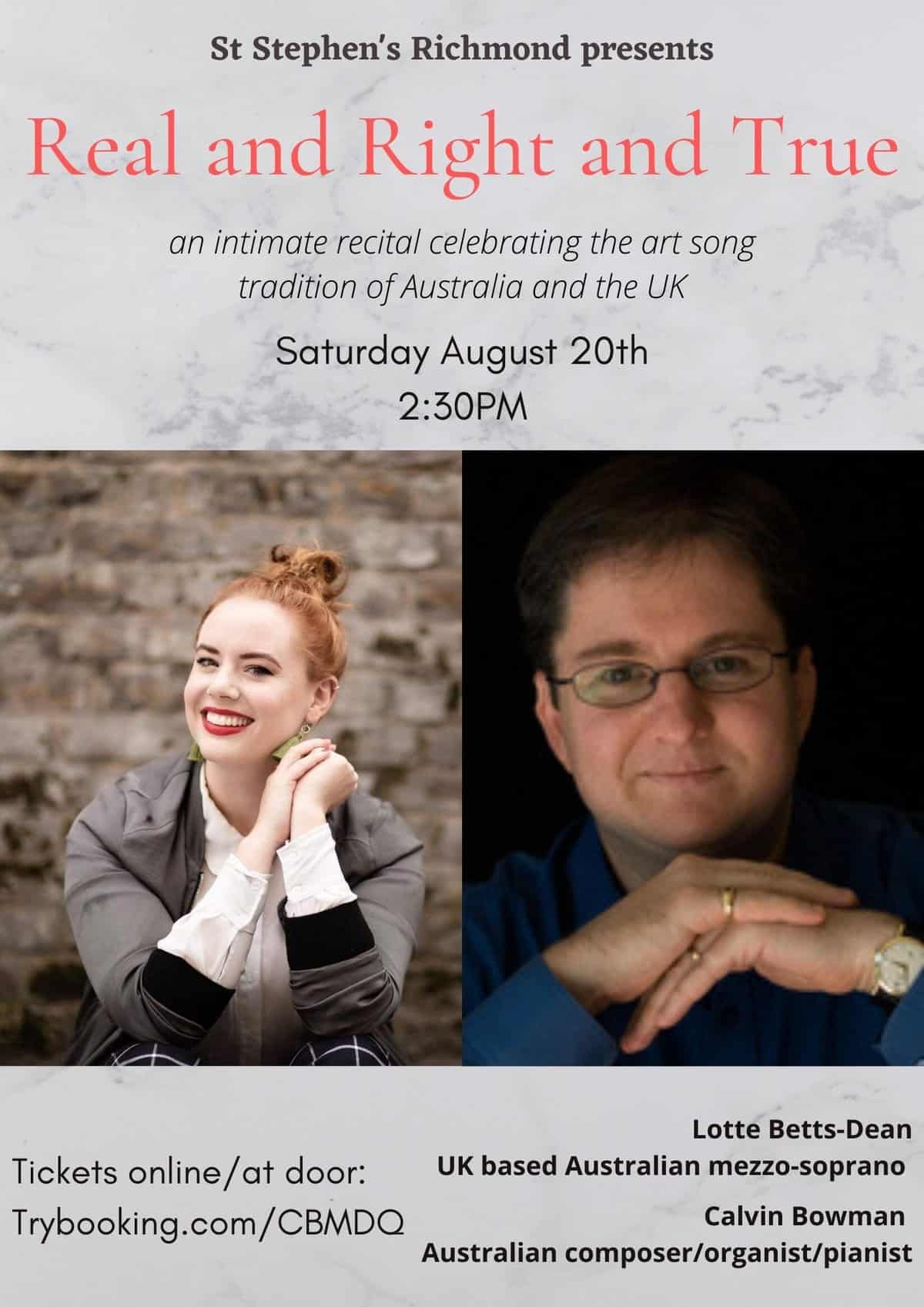 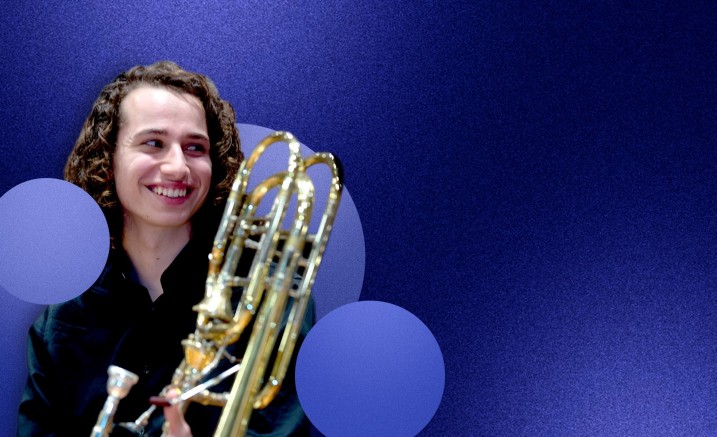 Yeol Eum Son’s graceful and timeless interpretations have moved audiences all over the world. Highly regarded as a brilliant virtuoso, she… 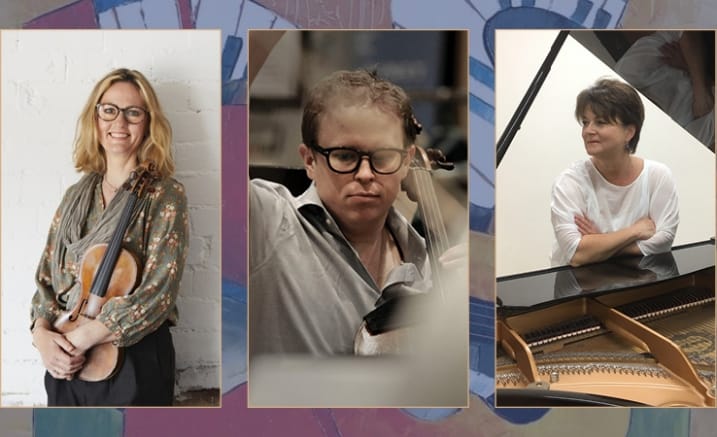 The surprising connection between these works is that of wartime conflict and how it impacted each composer. Program Matthew Hindson -…

ELISION is an experimental classical music ensemble focused upon pushing sonic and instrumental boundaries in search of visceral expressive experiences. The Aesthetics…

Hamer Singers: The Falling of the Leaves