An evening with the Melbourne Symphony Orchestra for a Proms concert hosted by Eddie Perfect drew Classic Melbourne reviewer Peter Williams in for the fun, memories, superior performance and surprises of many kinds. Or just because it was great to hear the music played live. As he tells it …

I was thrown right into the mood for a night of Musical Tales from Childhood with the pre-performance organ recital which included Bach’s Partita on the theme of Twinkle Twinkle Little Star.

Nicholas Carter conducted the MSO with Eddie Perfect (pictured) as the host. This concert gave Perfect great material to work with as he stressed the magic of childhood experience for children, composers and adults in general. It was not something merely simple and unsophisticated.

And that is how the evening turned out musically. All the pieces had a theme or inspiration located from childhood and fairy tales. Maurice Ravel’s Mother Goose Suite was the opening piece which, in its piano version, was written for two young players. Whilst that is a lovely piece, the orchestral version adds so much to the emotional pull of the music.

The orchestral version showcases all the areas of a symphony orchestra. It opened with a Pavanne, the flutes, clarinets and pizzicato strings beautifully controlled and elegiac. Tom Thumb losing his trail of breadcrumbs is realized through use of the xylophone in the second part, as well as the use of birdcalls from other instruments. The third section featured the harp and celeste, as well as tone intervals, to convey the oriental feel of the Empress of Pagodas.

Next came Conversations of Beauty and the Beast with some wonderfully gruff playing of the contraforte (a modern instrument designed to offer wider dynamic range and clear focused intonation) against the lyricism of the clarinet. With a sweeping glissando of the harp the Beast was transformed, and here, the lead violin sang out beautifully. The final section, The Fairy Garden, began with the solo violin, together with the harp and other string players in a beautiful evocation of the loss of innocence. The solid rhythmic steps of the strings without vibrato resisted any temptation to romanticise the movement as Carter built the music into a wonderful climax.

As the seating was rearranged, Perfect interviewed Carter about his early musical introductions – being in the Australian National Boys choir, sometimes in concert with the MSO – and his recent work overseas – Hamburg and later this year as Kapellmeister at the Deutsche Opera, Berlin.

There followed Richard Strauss’ Duet-Concertino for Clarinet and Bassoon, giving principals David Thomas (clarinet) and Jack Schiller (bassoon) excellent opportunity to showcase their skills, including coping with the awkwardness of the first movement (the bassoon often has a 6 measure against the clarinet’s 4 measure). There was also finely judged playing of the solo string leaders. The controlled intonation in the second movement suggested the wooing of Beauty, and had good balance and dialogue between the soloists. Carter led the journey in the third section with a ma non troppo pace, from the tentative quiet opening to a jaunty and joyful conclusion. Whilst the music may not be as readily accessible as the Ravel and later pieces, the audience showed their appreciation with their applause. As the soloists left the stage, I noted the strong harnessing that had been needed for the bassoon which is not ordinarily played standing up.

After interval two surprise guest soloists (Tanya Burke and Chris Edwards) joined the small string orchestra for the Toy Symphony – at present attributed to Leopold Mozart. They had won the right to their involvement at a Gala dinner and joined the timpanists and Perfect (playing “cuckoo”) with a nightingale whistle and a ratchet. It was so delightful that we all spontaneously applauded at the end of the first movement without embarrassment. To be honest, the humour of the instrumentalists – complete with kettledrum and dreadfully out-of-tune toy trumpet – was such that I almost didn’t notice the fine string paying of the orchestra.

For the final piece, Perfect updated our understanding of fairy tales before the start of Engelbert Humperdinck’s Hansel and Gretel Suite, reminding us of the darker side of some of these stories we tell children. The tale, for 2014 Australia, became a Woodcutter so affected by a cruel budget that he was forced to take his children into the wood and leave them there!

Comedy is where the nature of Proms really comes to life, but it is not at the expense of the performance of the music. The Prelude opened (like Tannhauser) with the prayer melody from four wonderfully soft horns and grew as the highly polished strings and the remainder of the orchestra came together in a crescendo, and then to a very moving gentle close. Other selections from the Opera were the Witches Ride, and the Suite closed with the Evening Prayer and Dream Pantomime. There was great attention to detail in this performance, and it achieved the broad romantic sweep of the music.

Carter returned and the MSO gave a stirring encore of the last section Benjamin Britten’s Young Person’s Guide to the Orchestra.

This was very appropriate as all during the concert I was thinking how fortunate Melbourne is to have so many gifted musicians in so many areas. The whole programming of the concert could have been an introduction to the orchestra as it featured so many solo parts and used the whole range of instruments. There were even castanets in Hansel and Gretel!

It was a pity the hall was not fuller – it was a delightful night of outstanding performance. The program may not have looked exciting on paper, but it was. As the person next to me asked, “Isn’t it great to hear this music live?” And it was. 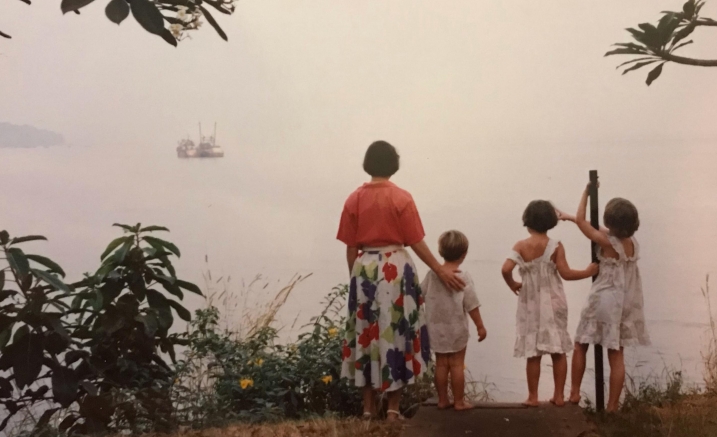